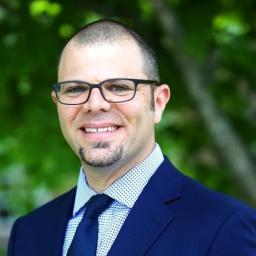 Brian is the head of school at MetroWest Jewish day school in Farmingham, Massachusetts. Brian's approach to education is based on a core belief that every child has a unique learning profile, and that the critical need to individualize their school experience is paramount to their wellbeing and future success. Prior to this role, Brian was a teacher and instructional reform leader in public urban schools in San Francisco and Boston and was the middle school principal at Maimonides School for seven years. He received a master's in school leadership from the Harvard Graduate School of Education.

Every School Should be a Lab School

A lab school (short for laboratory school) is a space designed to ideate, explore and test new educational models and...
By  Sarah Rubinson Levy  /

Word-of-mouth referral is the most effective means of promotion. If a friend posts or tells you about a product, you...
By  Rabbi Yael Buechler  /

Each year presents new challenges requiring innovative solutions. This year, the conversation has focused on a national shortage of qualified...
By  Rabbi Yaakov Green  /

Nationally, we have been operating for half a century on the theory that the best way to cultivate personally satisfied, economically productive citizens is through the successful completion of grades K-12 and by graduating from a reputable college. But more and more we’re seeing how this theory falls short in preparing our children to meet the demands of young adult life and beyond: navigating the workforce, interpersonal relationships, rapidly changing geopolitical dynamics and the increasingly loud and pressing call for innovative thinking. Every student deserves to be prepared to face a yet unknown world, and it is up to each school to figure out how to make this happen.

To meet these contemporary realities, MetroWest Jewish Day School created the Design & Build program (D&B). We launched it last year with some general ideas of where we wanted it to go, launched it last year and refined it over the summer based on what we learned. It is predicated on two essential questions: In what ways can I impact the world around me for the better? How should I approach a challenge, whether individually or in collaboration with others, to achieve the most productive thinking and effective plan?

All students pre-K through grade 8 participate in D&B each week for one to two hours. Assignments range from short-run challenges to long-term personal projects. Teachers introduce and teach students to use a wide range of materials for students to use in designing and “building” their ideas—wood, plastic, metal, fabric, paper—and use hand tools and power tools purchased through grants to bring their visions to reality. For the younger grades, we define the challenges more narrowly to help them initiate their creative thinking, planning and building (no power tools!). 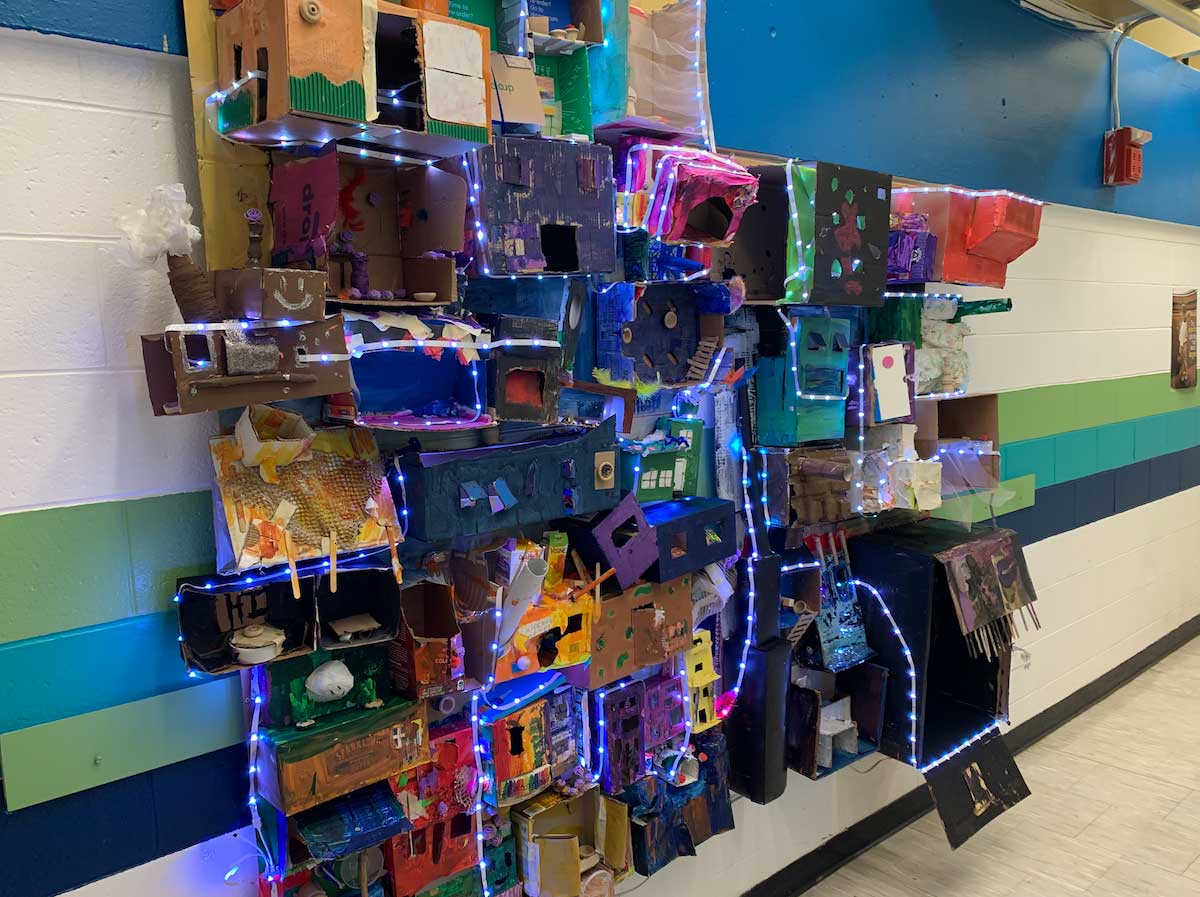 Just as important as the hard skills that they acquire and utilize are the “soft skills” that we practice with them continually. Teachers are constantly working with students on tone and openness. Through mini-lessons, they explicitly address the types of skills and habits of mind related to questions like, How do you effectively communicate your ideas in clarity, tone and expression? How do you engage in an idea that is not yours? How do you listen to another person’s idea who disagrees with you and not take it personally? How do you communicate with peers and teachers about what you need to fix a problem? In what ways can you persevere when things get tough? What role does reflection play in interpersonal communication or process?

What we find across the board is academic rigor through deep engagement and self-driven quests for knowledge and skill. Students engage much more deeply and with more buy-in. They are taking academic risks and finding more joy in their accomplishments because they’re able to achieve goals that they have set. By taking learning out of the abstract and making it real, D&B empowers students to persist and problem-solve. For example, it is common that students need to use mathematical knowledge and skills to achieve their goals. As a standalone lesson, concepts such as fractions, measuring angles or trigonometry might seem daunting or inaccessible to some students. But having to attain these skills in order to achieve one’s goals sparks students’ excitement and motivation. We often state that there is no room for any student to believe they are not a mathematician, historian, artist, scientist, Judaic scholar. Everyone has a part in all of these arenas and must understand that they will need all of these approaches to be successful on these projects.

These are some of the student creations that are changing life in our school: 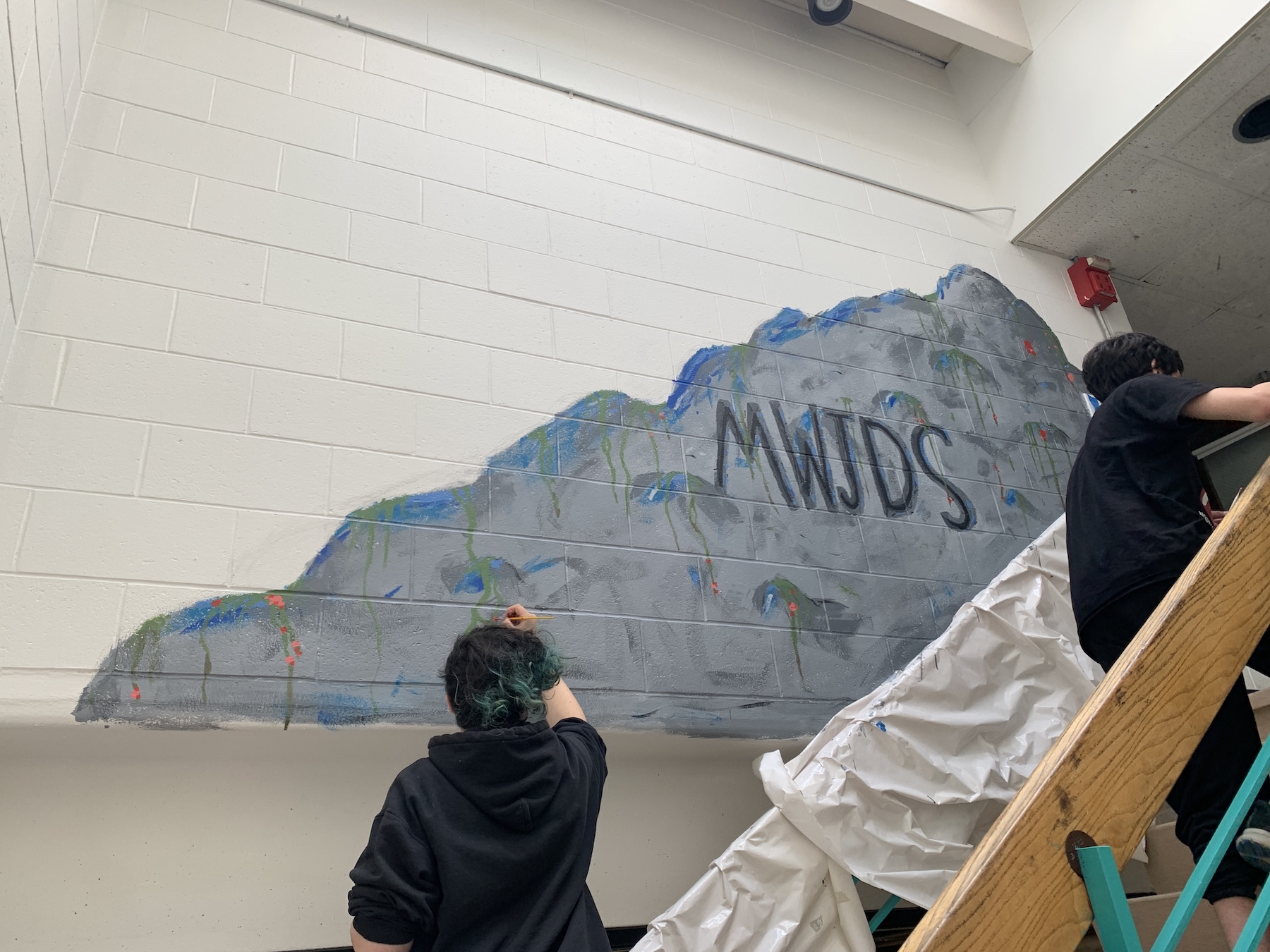 Two eighth graders decided that the stairwell was bleakly colored and needed some life. They came up with a variety of ideas, communicated to explain their thinking process and get formal approval, researched optimal materials and process, and painted their mural over a period of weeks.

One seventh grader noticed backpacks piled in the hallway were hindering traffic flow, so she designed a shelf, created and installed it.

One student built this for students to use as they sit on the bean bag to do their class work. It gets used every class period by different students.

Three students built a large gaga pit, which gets used during every recess and break time.

Third graders build simple machines out of recycled materials that move like fish, to explore how different materials can interact with the water.

Several fourth-grade students saw that whiteboard materials were getting scattered and misplaced, so they designed a specialized container that attaches to the board and can be lifted or lowered with a pulley.

Students designed a 3D printed attachment for a baby stroller that allows someone in a wheelchair to safely and effectively push it.

Grades 3-5 students worked in small teams to open bags of random camping materials and create shelters that could block wind and water when tested.

PK-2 students use KIBO robots from MIT Labs to learn to code robots into action, and have a special "Code-esh" curriculum for Jewish holidays.

While these products are significant and impressive, the process is much more important. In one group of five students in grades 3 and 4, the two more vocal members took charge and delegated tasks to the three quieter ones. The group began building a concept based on a flawed approach. When their project failed to meet the challenge, I facilitated a team reflection, and space was made for quieter group members to speak up. As it turned out, those individuals had ideas that would have prevented the initial undesirable outcome. Instead of making that experience about condemning the natural leadership of the outspoken students, we discussed the importance of making space for other’s ideas; and instead of presenting their initial design to the rest of the class, they presented their keys to effective idea-sharing in the design process. It was a very important moment for the class, just as important as succeeding with the proposed challenge of the day.

All of the skills are built to instill a mindset in young people that they possess the agency to effect positive change in the world around them. Just as importantly, we want our students to learn how these strengths might fit into any sort of task that lies ahead, but especially those that begin with thinking, “I actually don’t know.” We want them to not just think but know that they can change the world here and now.