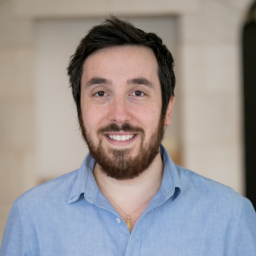 Avi is the assistant director of education at Unpacked for Educators.

What Makes a Great PD Experience

At Prizmah we have had the joy of creating all sorts of professional development experiences, some with partner organizations and...
By  Rachel Levitt Klein Dratch  /

Pathways to Differentiation in a Judaic Studies Classroom

At the heart of Hidden Sparks’ work is the belief that every child has unique talents, strengths, affinities and challenges...
By  Debbie Niderberg  /

And What of the Children?

What should we be thinking as we prepare to go to synagogue this Saturday, this Shabbat, Sabbath morning? Should we...
By  Rivy Poupko Kletenik  /

Educating with Nuance in a Complex World

Written by Avi Posen and Team

It seems like our society tries to tackle its biggest challenges with polarized, black-and-white, “my way or the highway” approaches. When it comes to Israel, it’s no secret that narratives are especially polarized and, more often than not, have specific agendas to promote. Today young people are literally bombarded with content on social media; whether on TikTok, Instagram or YouTube, they confront ideas on Israel that they probably are not prepared to understand, much less defend.

Way too many talking head “experts” claiming to have the “magic bean” to bring peace to the Middle East. As Jewish educators, we need to make sure we don’t fall into similar patterns, holding on to pedagogic methods, narratives and outdated channels that may have worked in the past, but are no longer relevant and don’t necessarily deliver.

Fortunately, young Jewish students are pretty sharp. They are telling us two things: Applying outdated platforms in a digital, fast-paced world doesn’t work. And promoting two-dimensional values in a complex, multidimensional Jewish world insults their intelligence. If educators don’t listen to what students are saying, speak the language they are saying it in, or be where they are seeking answers, we will fail at our mission and lose trust along the way.

Let’s listen. And explore ways to reach students on the very same platforms where they are bombarded with content, and where they seek answers themselves—by reaching into their pockets for their smartphones.

Faced with Yom Ha’atzmaut celebrations in the shadow of Covid-19, Unpacked for Educators developed a unique Independence Day program for Jewish schools. The Israel Pursuit Trivia Contest combines media, digital engagement, e-learning technologies and nuanced content that inspires students to take a deeper, more critical look at Israel and Zionism. The program connects students from all around the world, and educates about Israel’s history and culture in a fun, inviting and relevant way.

The competition concept is relatively simple and straightforward. Designed for either in-person or remote participation, students answer questions that cover Israel’s history, culture and current events based on Unpacked videos and podcasts using the Kahoot! platform. The winners from 10 regions will come together for a live, online final tournament on Zoom. Prizes are awarded to the three students with the top scores and a trophy for the winning school.

A quick look under the hood of the videos and podcasts in the program shows where the nuance comes in. For instance, the video on Mizrahi music is not just a rocking tribute to Israel’s top 40. It is a retrospective on the genre, against a backdrop of ethnic clashes, cultural diversity and social norms.

The Law of Return video critically explores the complexity of the law that grants legal permission for any Jew, from anywhere in the world, to make aliyah and settle in Israel. This is one of Israel’s most treasured founding principles and at the same time, a source of fierce controversy. Israel’s minority populations often view it as racist and discriminatory, while for the global Jewish community, it brings to the surface cross-denominational debate on the question of “Who is Jew.”

The Hebrew language podcast debunks the myth that reviving an ancient language was a one-man crusade. It explores how it took an entire nation, a veritable Tower of Babel generation, to pull it off, and it looks at the social and cultural impact that this still has today.

These examples show how media can be used to reveal the unrevealed, offer new perspectives and inspire insight to reach students on an emotional, visual and intellectual level.

An important ingredient in the secret sauce that we are constantly working on in the OpenDor Media test kitchens is knowing where students are looking for answers. We’ve found that it’s in stimulating media served up in short, digestible bites on YouTube, Instagram, TikTok and podcasts. Our growing audience proves we found the right location.

But being in the right place still isn’t enough. Educational media and curricula need to be honest and teach without being trapped in polar, polarizing worldviews young people believe are irrelevant and do not speak to them. Today, we need to educate with honesty, and respect for the complexities of modern, multifaceted Jewish life.

Jewish life that is changing. All. The. Time.

This can be accomplished in frameworks that maintain that Judaism and Zionism are positive. Frameworks that support students to not be ashamed to explore their heritage and the Jewish people’s history and place in the world. Unpacked for Educators’ resources, articles, films, podcasts and curricular outlines are here to help.

It’s not easy. And there are no magic beans to ensure a great Jewish education for this generation. But a complex world is a more interesting world. Let’s own the challenge by teaching with the context and nuance that will help our students grow up to be connected, interested Jews in this very interesting world.