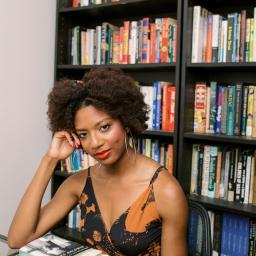 Chloé is the founder and CEO of Theory of Enchantment, an antiracism organization based in New York City. 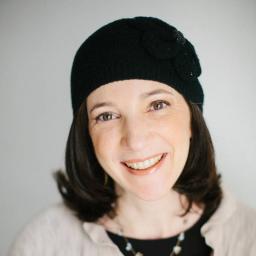 Debra is Prizmah's Director of Network Weaving. Learn more about her here.

Every School Should be a Lab School

A lab school (short for laboratory school) is a space designed to ideate, explore and test new educational models and...
By  Sarah Rubinson Levy  /

Word-of-mouth referral is the most effective means of promotion. If a friend posts or tells you about a product, you...
By  Rabbi Yael Buechler  /

Each year presents new challenges requiring innovative solutions. This year, the conversation has focused on a national shortage of qualified...
By  Rabbi Yaakov Green  /

Prizmah's Debra Shaffer Seeman, Director of Network Weaving, caught up with Chloé Valdary, founder and CEO of Theory of Enchantment, to discuss her work to uplift and empower with love and compassion.

Debra Shaffer Seeman: You've worked for many years to help schools, companies and government agencies learn your Theory of Enchantment. Please tell us about ToE.

Chloé Valdary: Theory of Enchantment is an anti-racism program that teaches people how to fight supremacy by teaching them how to love. We have three main principles: Treat people like human beings, not political abstractions; criticize to uplift and empower, never to tear down or destroy; and try to root everything you do in love and compassion.

Debra: Tell us a bit about your background and lived experience, especially what led you to want to create a conflict-resolution program.

Chloé: My major was international studies with a concentration in conflict and diplomacy. I focused on the Israeli-Palestinian conflict and developed a very acute allergy to antisemitism. But hasbarah, which is Hebrew for “explaining” the Israeli position, was pretty insufficient. It did not understand the human condition and ended up reducing both Israelis and Palestinians to political abstractions. I wanted a better system, another orientation that could capture the lived experience of both communities critically, in love, and without dehumanizing any of them. This was a huge motivation—creating a love-centered paradigm that could overcome conflict—in the development of the Theory of Enchantment.

Debra: What's the most unexpected lesson you've learned or experienced in your work?

Debra: A recent article about your work describes ToE in the following way: "Theory of Enchantment elicits unusual openness, trust and engagement from ideologically diverse observers, including many critics of more conventional DEI_training approaches." What's the process through which this occurs, and what do you recommend to school leaders in order to reach a similar destination?

Chloé: I don’t know that I can completely outline the full process, but our partners go through workshops and/or online courses that teach them how to embody the three principles I mentioned above. This basically helps people get in the right relationship with their own complexity and diversity—including their insecurities and their baggage—such that they no longer see diversity in the other as a threat but as a reflection of their own. They basically rediscover their own humanness, and through that process are able to see that in others as well.

Debra: Prizmah is a network of 300+ Jewish day schools around North America. Our school communities are microcosms of North American society, with people representing a wide range of backgrounds, lived experiences and political beliefs. How do you suggest school leaders navigate the range of opinions while creating schools where all stakeholders, including students, parents, faculty, board members and donors, truly belong?

Chloé: Again, this isn’t really a question I can answer exhaustively in this format but I would suggest school leaders adopt a love/equanimity practice and model that in their own lives such that they can bring it into their classrooms and empower others to emulate them.

Debra: For school leaders starting to think intentionally about creating cultures of belonging in their schools, what advice would you give?

Chloé: The motto of the American Republic is “Out of Many, One.” In practice, that’s an incredibly difficult motto to actualize. On an individual level, it requires constant, daily integration of various aspects of one’s self. The psychologist Carl Jung called this process individuation. To the extent that a person can cultivate this attitude in their own life, they will be better equipped to do so on a societal level. I would encourage school leaders to think about this.

Debra: In your work with schools, what are some of the challenges that you've come across and how have you and the school leaders navigated these challenges?

Chloé: Let’s say a teacher is struggling with how to navigate politically diverse views in their school. Instead of encouraging students what to think and what political opinions to form, teachers can cultivate a spirit of curiosity (the root word of which is “cure” or “care”) within their students such that they will be moved to approach these issues with an ability to be comfortable in not having all the answers. This reflects a general comfort with being vulnerable, and with the unknown. Theory of Enchantment practices and principles can help schools cultivate this curiosity.

Debra: When done well, what do you hope that this work will achieve for schools, and for the field of education as a whole?

Chloé: I hope that schools will be able to remember the true meaning of the word “educate,” which comes from the Latin “educe” meaning “to draw forth.” Educators are tasked with drawing forth the true essence of their students into being. This is a sacred task which should not be taken for granted. This process would actually produce a culture of inclusion and belonging and make real our nation’s motto: Out of many, one. It is incumbent upon educators, especially now, to remember this.