The Pew Survey and Day Schools: Opening Ourselves to New Possibilities?

The initial report has only a modest amount of information that relates directly to day schools, and what is reported generally confirms what we already knew. About a quarter of Jewish parents say that they had a child enrolled in a day school or yeshiva during the past year—slightly more than the percentage of adults who attended themselves—with extent of enrollment following a predictable denominational pattern. Regrettably, except for Hebrew language proficiency, the initial report does not compare day school attendees and non-attendees with regard to many dimensions of Jewish activity and attitude. However, there is no reason to doubt that such comparisons would show that day school attendees “score higher” in almost every respect than do those who did not attend day school.

I’m referring to the findings about how American Jews define their Jewishness and what is important to them about it. The not-so-secret secret revealed (again) in the survey is that “religion” as most Americans and many American Jews understand it is not a good “fit” for the way in which large numbers of American Jews understand and embrace their Jewishness. The good news is that vast majorities of American Jews, including many who explicitly deny being Jewish by religion, do embrace their Jewishness positively. Ninety percent of Jews by religion (JBR) and 46% of Jews of no religion (JNR) say that being Jewish is very or somewhat important in their lives. Ninety-seven percent of JBR and 83% of JNR are proud to be Jewish. Eighty-five percent of JBR and 42% of JNR feel a strong sense of belonging to the Jewish people.

And what does this Jewishness mean to them? Well, it turns out that even for self-identified Jews by religion, for 55% it is primarily a matter of ancestry and culture. For only 17% is it primarily a matter of religion, and for 26% it is both ancestry/culture and religion. The conclusion that being Jewish is for most American Jews (and certainly most who are not Orthodox) about something more (or other) than being religious is reinforced by looking at the responses to the survey’s questions on what respondents consider essential to their own Jewishness.

Not surprisingly, the responses show that ethical living and working for justice and equality rank among the most strongly affirmed elements of Jewishness (remembering the Holocaust—both an ethnic and an ethical act—is the top choice). But the fact that being intellectually curious and having a good sense of humor were regarded as “essential” by half and two-fifths of the respondents respectively (more than saw being part of a Jewish community as essential) clearly signals that for many American Jews—and not just those who are totally secular—being Jewish is a complex identity with multiple dimensions beyond those that are normally focused on in the public discourse of institutional Jewish life.

So, I pose this question: Are we operating and marketing day schools that provide American Jews with opportunities to engage Jewishly with the things they care most about? I am not anti-religious, nor do I believe that the “religious” elements of Jewish life are unimportant or should not be part of our curricula and the cultures of our schools. But for many American Jews, these are not the most important and resonant components of their Jewishness. I’m not suggesting that we simply “play to the masses” and offer a watered-down “Judaism lite” that merely affirms what students already believe.

What I am suggesting, though, is that we start with what Jews care about and believe in and use that interest and those passions to help them encounter those elements in Jewish tradition and history that add depth to those interests. This is what is being done, I would argue, in two of today’s fastest growing Jewish educational domains: social justice and environmental education. For many Jews, religious practice and belief remain central to their Jewishness. Nonetheless, there are other dimensions of Jewish experience, both historical and contemporary, that provide alternative vocabularies for engaging in Jewish life and enacting Jewish values. The question is: How and to what extent can we and do we make these dimensions available as well in our schools?

By virtue of their pluralism, community day schools are well positioned to extend the boundaries of what we define and offer as “Jewish education” today. I don’t kid myself. I don’t believe there is a pool of thousands of children waiting to enroll in day schools if only we change the curriculum to emphasize social justice and Jewish comedy. But I do believe that “religion” is and always has been too narrow a category to encompass what “Jewishness” is about. I hope that community day school leaders will be bold in experimenting with expansive educational visions and programs that seek to tap into the reservoir of positive disposition toward Jewishness that the Pew study reveals.

If we can do so successfully, we will be doing something more important than just building enrollment. We will be enabling more Jews to discover that their strongest commitments—to historical memory and responsibility, to moral living, to a better society, to passionate learning, to approaching life joyfully and tolerantly—are indeed Jewish commitments that can be enriched and fulfilled through a deeper connection to Jewish tradition and community.♦

Dr. Jonathan Woocher works in a senior capacity with the Lippman Kanfer family on its philanthropic and educational initiatives. jon@lippmankanfer.org 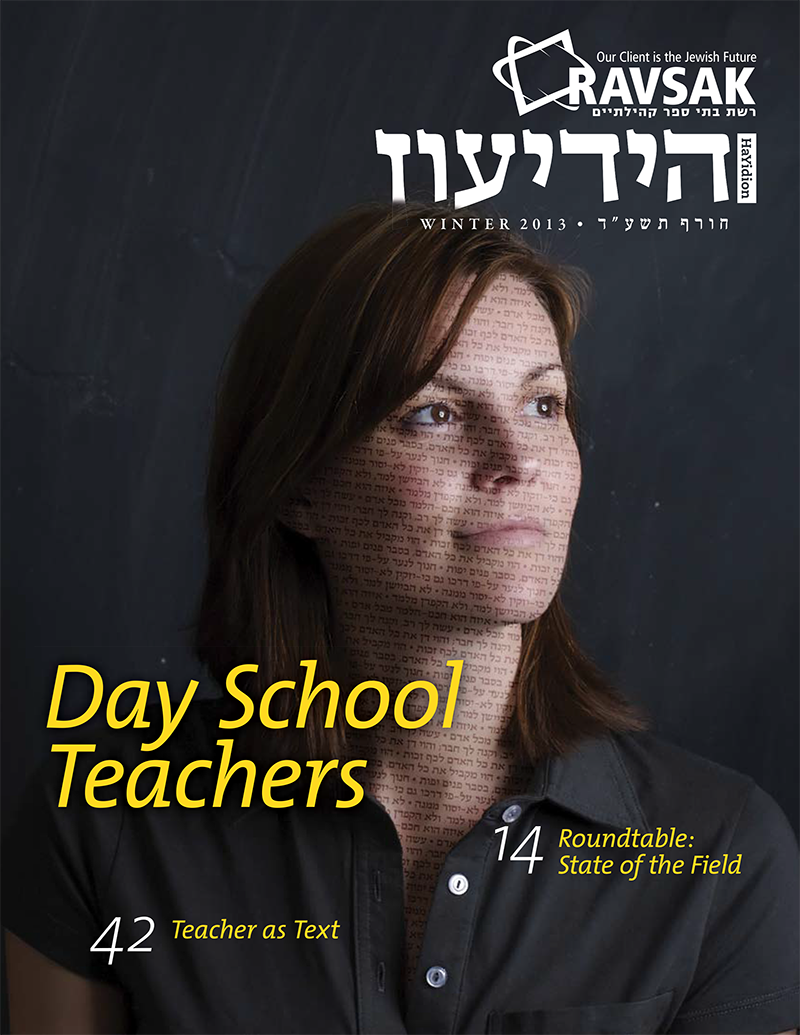