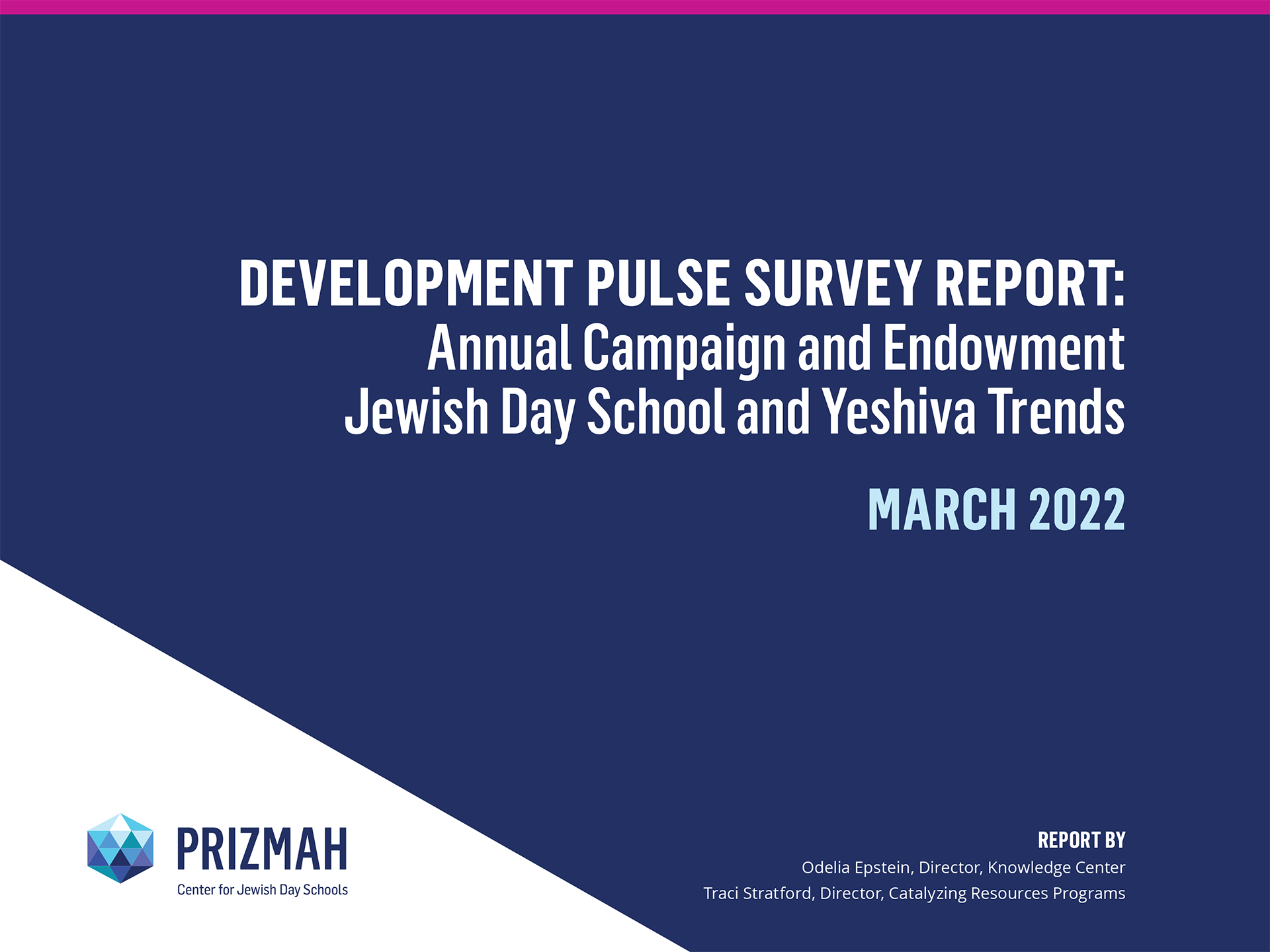 This pulse survey report explores FY21 and FY22 development trends and the state of Jewish day school endowments. This year, the results from Prizmah’s survey show a shift from reactionary fundraising during the pandemic, to resilience, and donors are maintaining, and some even increasing, their annual philanthropy. The past two years had a heavy focus on pandemic-related fundraising and specific concerns about how parents and families would be affected by various pandemic financial pressures and whether that would impact their ability to give philanthropic dollars to schools. Schools are now more confident in their fundraising, and donors are maintaining (if not increasing) their gifts to schools.

Endowment funds are finding their way to the top of the fundraising priority list. Schools and communities are engaging in conversations about endowment. Schools are currently engaged in or planning to launch endowment campaigns in the near future. With the rising interest across the field on affordability, we know endowments are going to play an important role in enabling schools to create more affordability initiatives.

*Throughout the report we use the abbreviation FY to refer to the 12 month period of the school fiscal year.

How To Cultivate and Sustain A High-Functioning Independent School Board