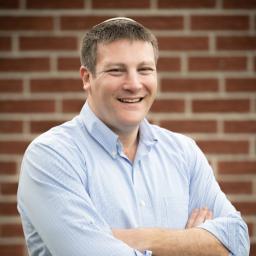 Daniel is the Chief Program Officer at the UJA Federation of Greater Toronto.

Making the Cases for Endowment Giving

As Jewish communal leaders, we have a shared, sacred obligation to ensure that future generations have the resources to shape...
By  Dirk Bird  /

Teachers truly provide some of the most formative influences in our lives. As both a school administrator and the proud...
By  Stephanie Bash-Soudry  /

It was spring 2020, and Covid-19 was running rampant in Los Angeles. Schools, both public and private, had closed their...
By  Amy Adler Dan Perla  /

Pat Bassett, former president of the National Association of Independent Schools, observed, “In any model of financial sustainability for independent schools, endowment growth is a key factor. The schools that will be most secure and in existence in the future will be the schools that have committed to building their endowments.”

The last fifteen years of day school economics were sandwiched by financial crises: the 2008 recession and the early days of Covid. In the middle is the mounting financial challenge facing day schools: demand for an ever more excellent (and costly) educational product coupled with an affordability crisis resulting in growing scholarship rolls and/or declining enrollment. All told, the sandwich can cause a lot of heartburn.

Recognizing the profound impact that day schools have on the vibrancy and vitality of a Jewish community, we aim towards creating a day school system that is affordable and sustainable and offers an excellent education. Our work in building endowments—both a communal fund and individual school endowments—is a piece within our larger efforts to establish a culture of giving to day schools across the community.

The Toronto day school story of the last five years can be told in four chapters, the two most recent of which comprise endowment building.

TanenbaumCHAT, Toronto’s community high school, peaked with 1500 students in 2007. Over the next decade, as tuition increased and competition from local public schools grew, enrollment dropped to 900 students. During this time, retention from the five elementary feeder schools decreased from 72% to 55%. Without intervention, we projected that high school enrollment would drop to 650 students by 2021.

While the precise numbers weren’t known publicly, the challenges the school was facing were regular Shabbat table conversations.

With the goal of turning the ship around, two donor families came forward and partnered on a bold plan. Through a combination of $14M in gifts, significant cost cutting and a commitment to grow the school’s annual campaign, we would cut tuition by nearly a third for five years and pound the pavement to reach the greatest number of students with a Jewish high school education.

The result: ninth grade enrollment was 175 students in March 2017, when the Initiative launched. Today, that number is 355. Moreover, the program was a catalyst to deepening a culture of philanthropy for day schools in our community.

A month after the TanenbaumCHAT Affordability Initiative was announced, our community’s heads of school began planning a single, united day of giving to raise support for their schools’ annual campaigns. In June 2017, we ran the first Day of Giving; $1,905,203 was raised from 2,431 gifts. The schools demonstrated the best of co-opetition: cooperation as they built a platform and marketed fundraising together, coupled with competition, as they sought to put forth the strongest campaign.

At our fifth Day of Giving in December 2020, $10,531,112 was raised from 7,591 gifts. Over the span of these five years, our elementary schools have increased their total annual fundraising by 30%, driven in large part by a 66% increase in the non-Orthodox schools. TanenbaumCHAT, compelled by the success of the Affordability Initiative, has increased its annual campaign (excluding the two major gifts) from slightly more than $600,000 to $2,100,000.

Driven by the success of the TanenbaumCHAT Affordability Initiative, three years ago we began down a path to establish the Generations Trust, a community endowment to dramatically increase the number of families eligible for day school scholarships. In addition to UJA Federation’s annual investment of $10M in scholarships for lower-income families, the Generations Trust enables middle-income families to receive scholarship support for Jewish elementary school. A partnership between our community’s leading philanthropists, UJA Federation, and nine elementary schools, the Trust has raised over $125M, as well as financial commitments from participating schools.

Unlike funding from UJA’s annual campaign, a key to the Generations Trust has been establishing the program as an endowment. When a family makes the decision to enroll their child in elementary school, it’s a ten-year commitment for that child (in Ontario). With two or three children, a family’s journey with the school can be upwards of 16 years. Only an endowment can offer the long line of sight a family needs to know that scholarships will be there throughout their journey in the school.

The Generations Trust is driven by our community’s leading philanthropists, and its funding is targeted towards scholarships. As the culture of philanthropy develops, there are families who want to be part of the long-term future of our schools but cannot make a significant current endowment gift. Last year we partnered with the Harold Grinspoon Foundation to bring the LIFE & LEGACY program to our schools. (See the article by Arlene Schiff in this issue of Kaleidoscope.) Working in partnership, UJA, fourteen schools and the Grinspoon Foundation are seeking to create a culture of legacy giving to grow school endowments.

In the last three months we have received more than 75 new legacy commitments and momentum is growing. For us, the key marker of success of LIFE & LEGACY is the number of gifts, rather than the amount. While day school giving has often been characterized by current gifts given while a child or grandchild is attending the school, our goal through LIFE & LEGACY is to strengthen the long-term financial viability of the schools by creating a culture of endowment building.

The lessons are many. Along the way we have failed, pivoted and tried to chart our learning. Some of the lessons include:

A lead donor is critical. The TanenbaumCHAT Affordability Initiative, Generations and even the days of giving and LIFE & LEGACY have been driven by lead donors who step forward, make early commitments and then bring others along. These leading philanthropists are critical in driving success.

There is always a good reason to defer endowment building. There is always a pressing need. We need to buy masks, we need to renovate a classroom, we need to enhance our curriculum, we need to give more scholarships. It is very easy to focus on today and not institute the structures—in this case, endowments—necessary to safeguard the long-term. It takes a dedicated board that sees its role as long-term (as well as some dedicated donors) to compel a long-term view.

Building endowments can inspire communities to look toward the future. For the first year of Covid, it seemed that every conversation was about what masks to buy, how to pay for the additional scholarship need, and the costs of extra staffing. Our gaze was on the here and now as we were bailing water. As we moved Generations and LIFE & LEGACY forward, we noticed an excitement among donors who felt that, for the first time in many months, they could lift their gaze upwards and think about the future. We are in a powerful moment, a moment to consider not only the here and now, but the future vibrancy and vitality of our community.