Prizmah: Where We Are and How We Got Here

All the world is a narrow bridge, and the most important thing is not to fear at all.

Something amazing happened this summer: five of North America’s leading Jewish day school organizations and networks, seeing an opportunity to strengthen day schools and the field, came together to form Prizmah: Center for Jewish Day Schools. Mergers are no longer rare in the nonprofit sector—my colleagues at La Piana Consulting and I have worked with hundreds of organizations over the last 18 years, and watched many more processes unfold from afar—but for me, this merger was particularly inspiring. Five entities working in a field where merger has not been particularly common, each dedicated to serving schools with a different approach to Judaism and to education, devoted untold hours to an incredibly thoughtful, thorough process of looking at how, precisely, they might be stronger together. From the outset it was clear that one plus one could not equal two; the dream was bigger than that. One plus one had to equal much more than three... and the benefits had to be clear and compelling for schools, families and the field as a whole. The vision was for more than a merger—a startup built on a merger that would lead the field to a new level of success.

Processes like this, combining exploration, negotiation, strategy formation and business planning, are complex, and they demand much of the organizational leaders.

Mission-first orientation. This may sound obvious and even easy, but in reality, putting aside one’s personal investment in an organization—crossing that narrow bridge—can be incredibly difficult. Many of the lay and professional leaders that came together in this process had been with their organization or network since its founding or soon thereafter. They had deep and rich relationships with the schools they served, and a profound commitment to what they had built together. Letting go of that is difficult regardless of how strong the rationale for consolidation may be.

Investment. The lay and professional leaders of PARDES, PEJE, RAVSAK, Schechter and YUSP invested hundreds of hours in discussion, learning and analysis over the course of more than a year. The AVI CHAI Foundation was an important thought partner, and stepped in to provide financial support for the cost of the process, as well for the organizations themselves, as much of their routine fundraising was put on hold pending a decision on if and how to join forces. The collective investment was significant but necessary to ensure an outcome that was both mission-enhancing and financially prudent.

Patience. Negotiation and planning can be time-consuming, and there are always those who would like to move more quickly. This is particularly true once the decision is made, when each board of directors votes to move forward with the agreed-up course of action. At that point, full steam ahead—right? Unfortunately it isn’t always that simple, particularly when the integration involves organizations incorporated in different states, and every state has its own specific legal requirements before this type of integration can be finalized. So, while the five organizations have begun collaborating more closely, developing and delivering programs under the Prizmah banner, the founding partners must conclude a series of legal steps required by Massachusetts and New York.

The transfer of YUSP and PARDES programs and staff to Prizmah was simple; all are based in New York, and this type of transfer did not require approval beyond the directors of each organization. To fully transfer all of PEJE to Prizmah requires the approval of the Massachusetts Attorney General (AG). And, to fully merge the staff and programs of RAVSAK and Schechter, organizations incorporated in New York, requires approval from the New York AG and the New York State Department of Education. Each of these processes is well under way and nearing conclusion. But as anyone who has engaged with the bureaucracy of state government can attest, it takes time. And still, Prizmah has begun to carry forward the work of all five in a more integrated fashion, with schools beginning to reap the benefits of the commitment and hard work of all involved.

It has been a long road, to be sure, and much work remains to fully realize the powerful vision put forth by Prizmah’s founders. Nevertheless, so much has been accomplished already. Prizmah currently has 35 employees and represents over 375 schools with close to 100,000 students. The future looks incredibly bright, and it will be a true pleasure to watch it unfold. 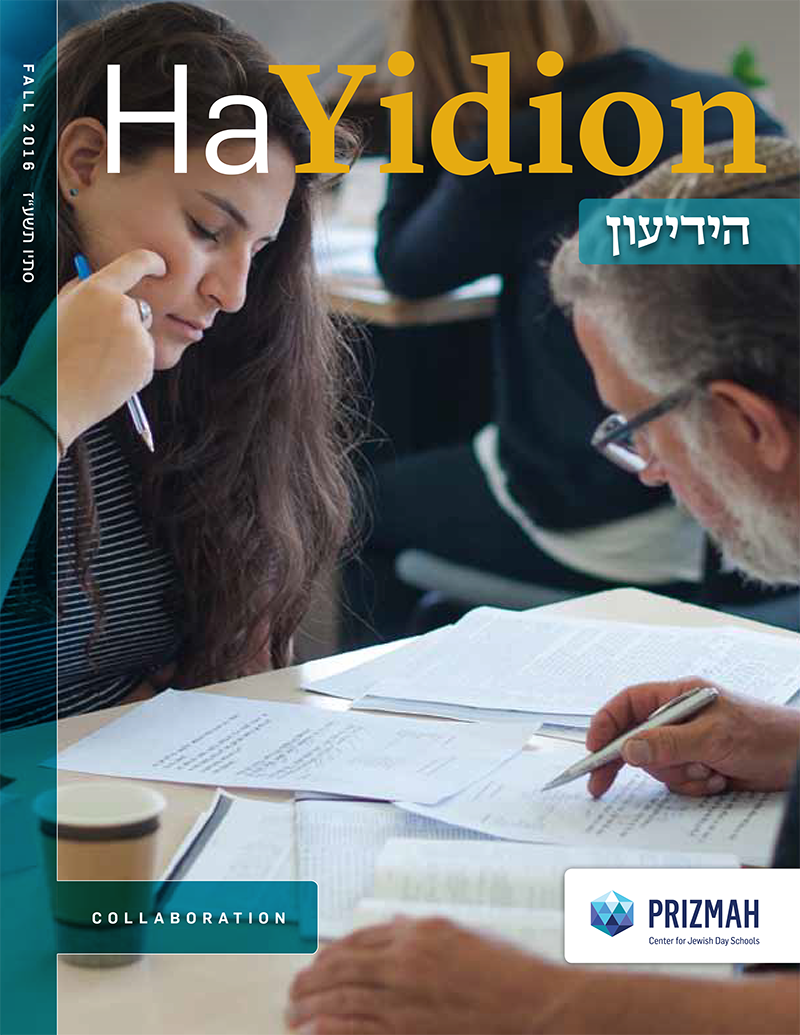