It is heartening to see glimmerings of a shift in the debate about the importance of Jewish day school, moving away from “Jewish identity and values” and toward Jewish literacy. For me, the shape-shifting nature of Jewish values crystalized after I read a speech that former New York City mayor Michael Bloomberg gave when accepting the Genesis award in 2014. As quoted by the New York Times,

Mr. Bloomberg said his religiously observant parents had inculcated Jewish values around the dinner table, and he identified those qualities Thursday night as “freedom, justice, service, ambition, innovation …The values I learned from my parents are probably the same values that, I hope, Christians and Muslims and Hindus and Buddhists learned from their parents.”

Clearly Jewish values are extremely broad and, by definition here, something shared by other faiths. Deep Jewish literacy, on the other hand, cannot be confused with the activities of other religions or peoples.

The advantage of a debate centered around Jewish values, however, is that all Jews feel that they are living them out (or trying to). No one is opposed to “Jewish values” on a philosophical basis. However, Jewish literacy has less of a broad appeal. Somewhere along the line, the “people of the Book” adopted the position that Jewish literacy is for the elite. Those opposed to articulating the importance of Jewish day school in terms of literacy might say, Why struggle to achieve something unachievable for all but the very motivated and few in number?

I believe, however, that deep Jewish literacy is achievable, and to give up hope of a broad appeal means letting go of one of Judaism’s fundamental claims: that the Torah is “not in heaven” but attainable by all.

How might we increase literacy for a broad number of Jews? The key, in my opinion, is the Hebrew language. At its core, literacy is language, and knowledge of Hebrew unlocks so many doors to Jewish understanding. Learning a language may seem like a high bar, but I believe it is well positioned to be the rallying point in a renewed cry for broad literacy.

There are a number of reasons for this:

In considering Hebrew literacy as a rallying point for Jewish literacy generally (and in day schools specifically), I want to offer two further thoughts, both of which stem from my experience as a parent. The first is that Hebrew language—like any language—is best and perhaps only really acquired through immersion. No news here, but a little immersion as a jump start can go a very long way. I learned this firsthand when my oldest daughter was in pre-K in Israel a few years ago. She came from a strong Jewish home with two Jewish educator parents, but she knew next to no Hebrew. We didn’t look hard for a school, we just wanted any school in which they would speak Hebrew all day. People told us that by Hannukah she would be fluent. I remember not believing them; how could that be possible? The first word our daughter learned was “ככה,” which she insisted meant pretty much anything. A week later in the shower, she was repeating very forcefully: “!מה שלומך" Then she turned to me and said, “What does  mean?” Acquiring the language was not easy: she spend much of those days not sure what was going on in school.

But by Hannukah, she was indeed fluent (and liked going to school). She could understand and speak Hebrew. It took, as the experts claim, a little over 400 hours. We left Israel in February of that year, and she has not experienced a Hebrew immersive environment in the same way. But through a combination of Hebrew-speaking camp and her day school with a native Israeli track, she has kept up her Hebrew. The point is that with a relatively small investment of true immersion, at the right age, significant progress can be made. This does not come easily, but can be done, with long-lasting impact.

The second thought is related to the relative importance of understanding vs. familiarity, specifically as it relates to prayer in Hebrew. The current trend seems to be that children should never be made to pray words that they cannot translate. This seems a reaction to the old style of Hebrew school (and some day school) teaching of having children memorize the prayers without ever investigating the content, all in service of performing at the bar/bat mitzvah. However, swinging the pendulum too far in the other direction can also be a mistake.

There is a tendency to assume that children will only derive meaning in prayer by saying words they understand. This is not always the case; children are extremely adept at reciting words they don’t understand—and enjoying it. I saw this when my daughters, ages 4 and 6 at the time, memorized every single word to the songs of Frozen, the Disney movie. They had no idea what “frozen fractals” were, but that didn’t stop them from belting out the lyrics. In addition, part of the joy of learning a language—and studying that language deeply—comes from a recognition, years later, about “what we were saying all along.” There is no shame in that, and in some ways, the process is sweeter; texts and words that are so familiar later become understood on a whole new level. Finally, the fallacy that children (or adults!) can understand all the meanings and connotations of our prayers, Psalms, or sacred literature presumes a linear engagement with language that is simply not possible. If we only learned what we could understand, we would learn very little, very slowly.

My hope is that the engaged Jewish world is starting to understand more clearly the value of Jewish literacy (over Jewish values and identity). Hebrew literacy is a lynchpin in this reframing. This shift is not only possible but has already occurred in our age in many Diaspora communities outside the US. With the right framing, funding, and, most importantly, will, we can raise the level of Hebrew literacy in America as well, driving a broader march toward Jewish literacy.

This article was adapted from a paper written for the Jewish Federations of North America Global Planning Table. 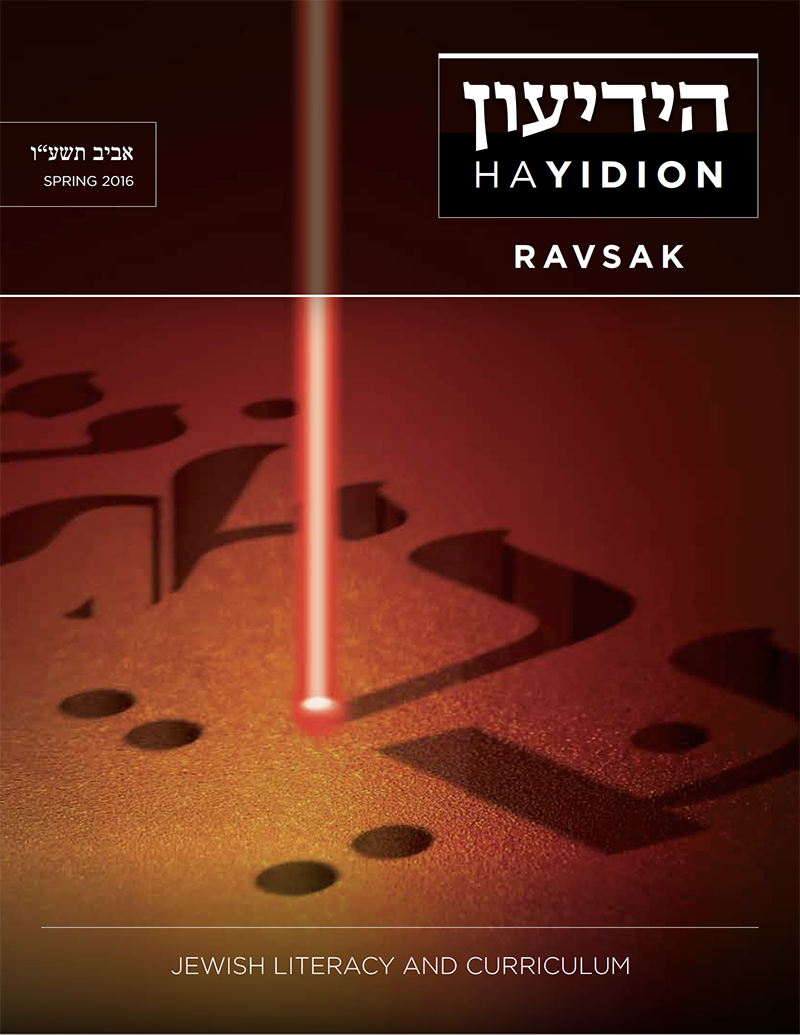