From the CEO: Drawing Nourishment from Our Sources

When Jewish day schools and yeshivas first opened in North America in the early part of the 20th century, they were mostly situated in large urban centers of Jewish population. As Jewish immigration grew and rising socioeconomic advantages made private education an option, Jewish day schools became an increasingly popular choice for families, who wanted to ground their children in Jewish text and values without sacrificing a high-quality secular education.

That instinct remains, and we saw the range and number of schools grow beyond early Orthodox roots, now attracting families of all denominations in communities of all sizes. Wherever they have grown and thrived, our schools have delivered on their promise to nurture Jewish identity and prepare generations for active, knowledgeable community and Jewish engagement. While growth in numbers in recent times, at least pre-Covid, was not consistent, the essence of what attracted families to Jewish day schools is solid and has potential to drive further growth.

Our schools are about planting seeds and nurturing deep roots so that what grows bears fruit and spreads its branches for many years to come. We aspire to the vision of Jeremiah (17:8):

He shall be like a tree planted by waters, sending forth its roots by a stream: it does not sense the coming of heat, its leaves are ever fresh; it has no care in a year of drought, it does not cease to yield fruit.

The “waters” that Jeremiah describes are both literal, sustaining a growing tree, and figurative. To be planted by water is to be situated close to sources of sustenance. Schools do this themselves by connecting students to their roots and creating living Jewish environments. Schools are also strengthened when they grow alongside sustaining resources.

Prizmah was formed five years ago, and our founders were driven by the vision of an organization that would sustain healthy schools. We build on the proud history of day schools, as well as the contribution of our five founding organizations. While not exactly an irrigation company, we take seriously Prizmah’s commitment to making it possible for schools to access what they need to thrive: talented leadership, innovative education, as well as the financial and other resources they need. The Prizmah Network is our delivery system, one that draws from what is already flourishing, shares those successes across schools, and feeds expertise and perspective across the diverse field. Wherever day schools plant themselves, Prizmah brings support and connection.

Memory, and Jewish memory in particular, turns our attention to our roots. The stories of our ancestors and the history of our people are formative and critical to establishing a common base. Imagination and creativity, the skills with which we confront new realities and unexpected challenges, point us toward the future, to branches just emerging. Our schools, of course, look both backward and forward, toward our roots and toward the new blossoms.

Here at Prizmah, we remain firmly committed to empowering our Network. Our schools never cease to yield fruit, and as a stream that meets schools wherever they are planted, we care deeply about the roots as well as those emerging branches. 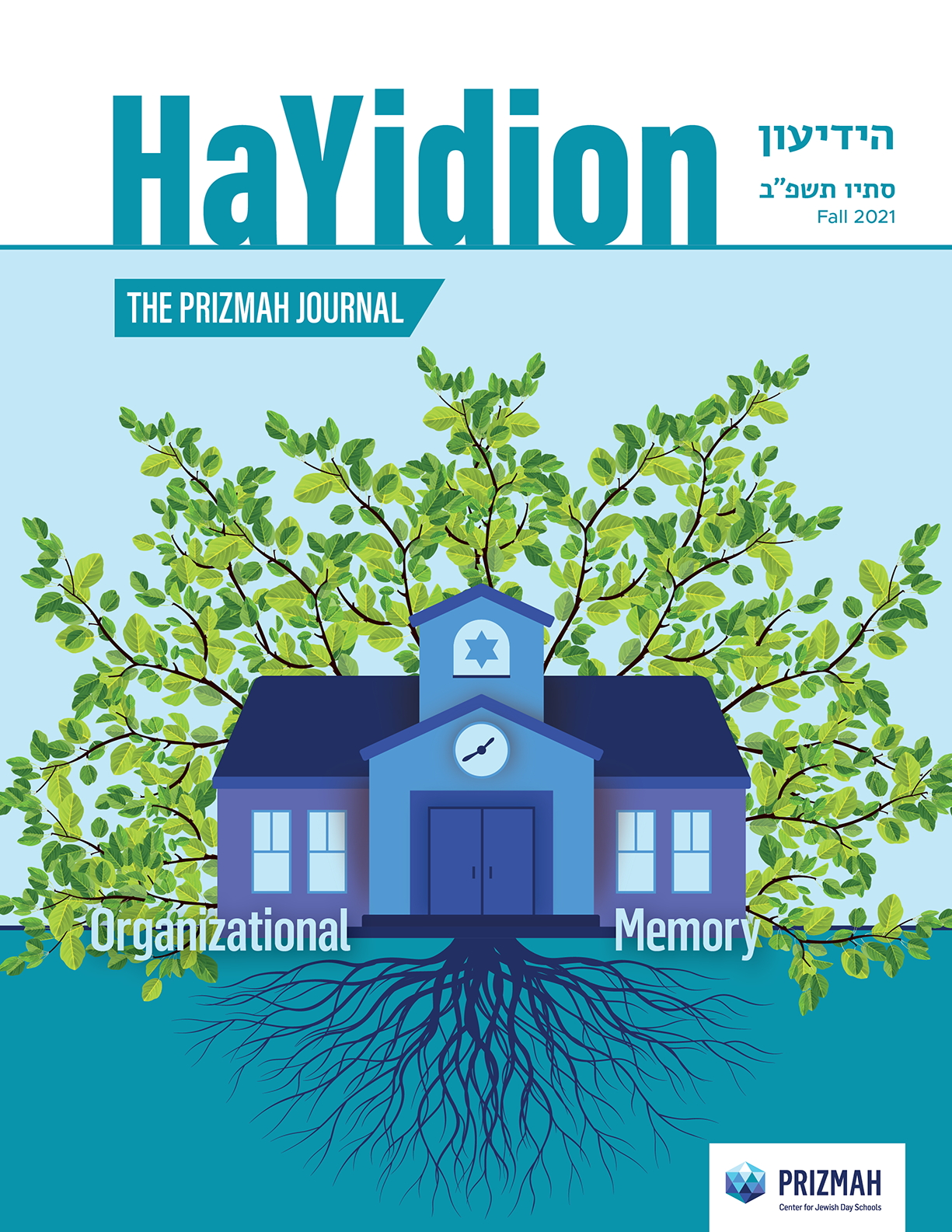